A statement in a Will excluding particular persons may be ineffective if the estate is distributed on intestacy.

The ACT Supreme Court recently handed down a decision in the Estate of McMullen [2014] ACTSC 53.

The testator had made a Will on 15 April 1993 giving her estate to her son. The Will stated that if her son had died before her, the estate would pass to her brother, and if that particular brother had also died before her, then she gave the estate to another brother. The Will contained an express direction that certain named persons, including two nieces of the testator, were not to benefit in any way from the distribution of the estate.

The testator died in December 2011 and, in the time between making her Will and her death, the testator was predeceased by her son and both her brothers. Various family members, including the excluded nieces, were entitled to share in the estate pursuant to the rules of intestacy.

An application was made to the Court to determine whether the statement in the Will prevented the nieces from taking on intestacy and operated as an implied gift to the other next of kin. Master Mossop commented that whether or not a gift is to be implied will depend on the particular terms of the Will. Ultimately, Master Mossop was not satisfied that the direction in the Will excluded the nieces from taking on intestacy.

There are two lessons to be learned from this story.

Firstly, the rules of intestacy can result in your estate passing to undesired relatives if you do not have an effective Will. If there are any family members from whom you are estranged or who you specifically do not want to receive assets after your death, then you should make sure your Will is up to date.

Secondly, it is important that your Will deals with the ‘what ifs’ of beneficiaries dying before you. As morbid as it may seem to have a long list of alternate beneficiaries, this is the best way to ensure that your estate will not be distributed according to the rules of intestacy. You may also want to consider naming a charity as a backup beneficiary if your other intended beneficiaries have died before you.

Please contact us to ensure that your Will and estate planning arrangements reflect your wishes. 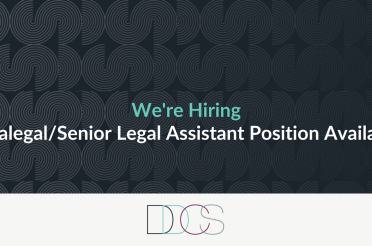